Led by Historian Krewasky A. Salter

Though history has sadly proved wrong those who could not imagine a worse conflict than World War I, the four years marking the dawn of modern warfare still resonate for their terrible toll. On this nine-day journey, join The HISTORY Channel and walk the most famous battlefields with a military historian. You’ll discover how the French and British stopped the German onslaught, and how the U.S. entry into the war helped turn the tide. Visit Ypres and Reims, whose great medieval architectural treasures were badly damaged during the war but have been restored, and visit the Paris memorial honoring America’s first combat aviators. 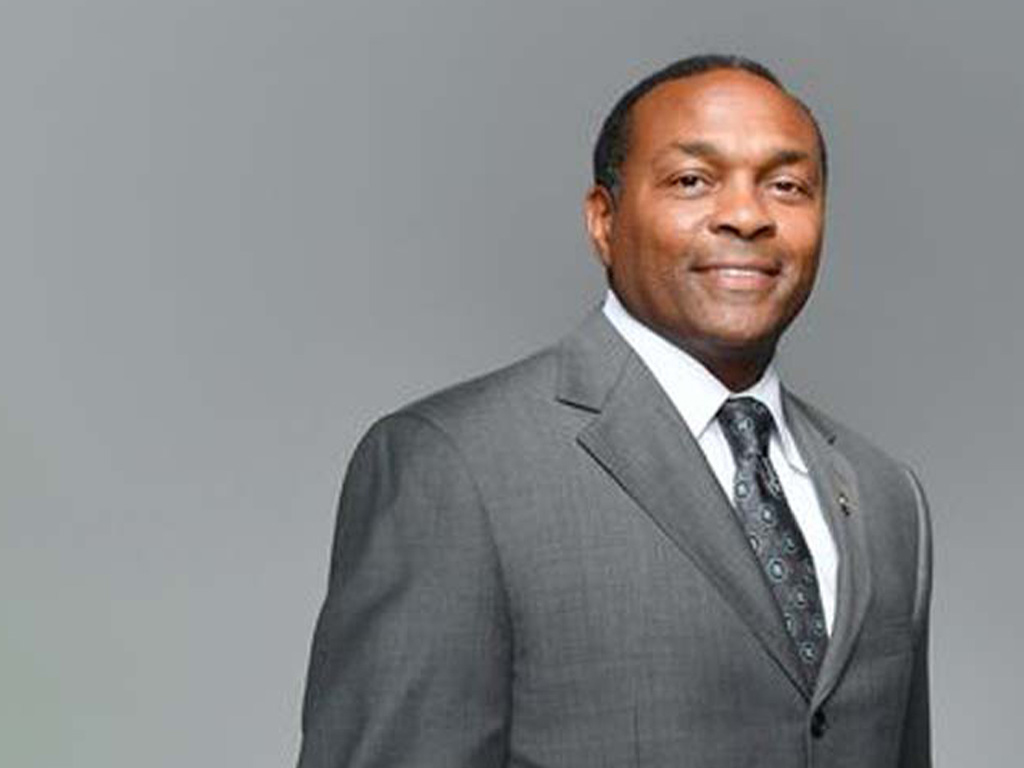 Krewasky A. Salter, Ph.D., is a U.S. Army Colonel (retired) who has worked with ATA as a Smithsonian Journeys Expert to World War I battlefields, commemorative and cultural sights in Europe. He currently serves as President of the Pritzker Military Museum and Library in downtown Chicago, which includes the developing Archives and Memorial Park Center in Somers, Wisconsin. He most recently served as Executive Director of the First Division Museum. Krewasky has curated three national level exhibitions, two are permanent at the Smithsonian and Pentagon. He has served as Associate Producer and/or Senior Historian for two PBS documentaries and has appeared in several others, and on cable and network TV. Krewasky taught Military History at West Point; Military Strategy at the Army Command and General Staff College, Military Leadership at Howard University, and history courses at several other institutions as an adjunct professor. A graduate of the U.S. Army’s Airborne and Ranger schools who commanded at every level through commanding a PAC-3 Patriot Missile Battalion, Dr. Salter served as a senior staff officer at the Pentagon before retiring from military service.

DAY 1: Beginning With the End

After arriving in Paris and meeting your fellow travelers, transfer by private coach to Ypres, Belgium. Along the way, visit the reconstructed railroad car in the woods of Compiègne, France, where at 5 a.m. on Nov. 11, 1918, the armistice to end World War I was signed. The same rail car was used in 1940, when Germany and France signed an armistice making Nazi Germany the occupiers of northern France. Hitler deliberately chose the site as revenge for Germany’s defeat in the Great War. Arrive in Ypres in time to enjoy a welcome dinner at the hotel. The strategic location of Ypres, known as Leper in Dutch (and Wipers to British soldiers), made it the site of many battles even before the Germans realized they needed to capture it to advance into France in 1914.

Ypres and its surrounding area were held by the British, French and Belgian armies in desperate battle after battle. The linchpin that halted the German advance to the English Channel, Ypres was once a great medieval city famous for its Cloth Hall. By 1918, the hall and the entire town had been reduced to rubble. Meticulously restored, the Cloth Hall now houses the excellent “In Flanders Fields” museum.  After a visit to the museum and cathedral, walk the city ramparts to the Menin Gate, erected after World War I to commemorate the missing who fought at Ypres.

After lunch, tour the Ypres Salient, held by the British Army throughout the war. Among the preserved trenches and bunkers lie the impressive Tyn Cot British Commonwealth Cemetery and the moving Langmark German Cemetery.  Close to town are the bunkers of the Essex Farm Casualty Station, where John McCrae, the author of the immortal poem “In Flanders Field,” served as an army surgeon. End at the village of Passchendaele, where perhaps the bitterest battle of the war took place in 1917. After dinner on your own, you may want to return to the Menin Gate, where every night buglers play the Last Post in a moving ceremony.

On July 1, 1916, Field Marshal Douglas Haig, the British commander, launched an attack along the Somme River to relieve pressure on the French fighting at Verdun. It was supposed to be a breakthrough battle but ended as a prolonged and horrific conflict.  For over four months the fighting raged at Vimy Ridge, Thiepval, and Beaumont-Hamel. Visit these and other sites along the Somme, including the Lochnagar Crater, created when the British ignited a huge charge underneath German positions as the British offensive began.

Many of the troops who fought on the Somme were from the British Commonwealth, and memorials abound to the troops of South Africa, Canada, New Zealand, Australia, Ulster and Wales. After a picnic lunch, continue to the American Military Cemetery at Bony, where many of those who fought in this area are buried. Drive by the Riqueval Tunnel, constructed under Napoleon, and discuss the American-British attack on the Hindenburg Line on Sept. 29, 1918. End the day in Reims in the heart of the Champagne region.

During the Battle of the Frontiers, the French and British armies were driven back to within 30 miles of Paris. In those desperate days of early September 1914, the German onslaught was finally contained at the Marne River. The Allies quickly counter–attacked, and with the help of Gen. Joseph Galliéni’s “Taxi Brigade” — taxis commandeered to drive soldiers from Paris to the front — drove the Germans back across the Aisne River west of Reims. With one last effort, the combined French and British troops fought up to the Chemin des Dames, where they were halted until the end of the war. Trace these dramatic events of the First Battle of the Marne.

Return to Reims for lunch, followed by a visit to the 800-year-old Cathedral of Notre-Dame, known for its abundance of sculptured figures and its magnificent tapestries. Much of the cathedral was severely damaged by German shellfire during the early days of the Great War, and restoration work is continuing. Continue to Fort de la Pompelle, also known as Fort Herbillon, which served as part of the fortification belt in the Séré de Rivières system during the war.

This afternoon, visit the Centre d’interprétation Marne 14-18 museum for an in-depth look at the war and the impact it had on civilians and soldiers alike. Conclude the day with a tour of the cellars of one of the major Champagne houses to discover the art of Champagne making. Dinner tonight is on your own in Reims.

In 1918, the Valley of the Marne again became a battlefield, with Americans fighting at Château-Thierry and Belleau Wood. Château-Thierry was one of the first actions of the American Expeditionary Forces under Gen. John (Black Jack) Pershing. The second battle marks the tide’s turning in favor of the Allies, but at great human cost. You’ll be led through the woods to see what remains of the trenches and the scars in the landscape left by German bombardment. Visit the magnificent Château-Thierry American monument overlooking the Marne Valley: On one side of the monument are an engraved map and orientation table showing American military operations in the region and significant battle sites.

After lunch, walk through the Aisne-Marne American Cemetery, and learn the history of this evocative resting place. On the hillside above the cemetery sits the lovely Romanesque Belleau Chapel, its walls inscribed with the names of more than a thousand Americans whose remains were never recovered or identified. Return to Reims for an evening at leisure.

Drive through the Meuse-Argonne region to the spectacular Pennsylvania Memorial in Varennes-en-Argonne. This massive Greek-style monument was erected by the state of Pennsylvania in honor of its soldiers who gave their lives in France. Visit the nearby Argonne Museum for a curator-led tour of its American weapons, uniforms and private collections.

Stop by the Missouri First World War Monument at Cheppy, then continue to the U.S. Meuse-Argonne Military Cemetery, the largest American military cemetery in Europe, with more than 14,200 war dead. Take some time to walk the battlefields. Spend the afternoon exploring the Romagne 14-18 Museum, home to the private collection of Jean-Paul de Vries at Romagne-sous-Montfaucon. End the day in Verdun for dinner as a group.

Start the day in Verdun, where from 1914 to 1918 France withstood the might of the German army. Explore the battered and scarred French battlefields and forts of the area, beginning with a visit to the Douaumont Ossuary, which contains the remains of French and German soldiers. At Fort Douaumont, take a guided tour of the fortified bastion and the underground casements, followed by a visit to the Verdun Memorial and museum, along with the adjacent vanished village of Fleury-devant–Douaumont.

After lunch, drive to Saint-Mihiel. In September 1918, Saint-Mihiel was a salient, a German-controlled area behind French lines. The attack at the Saint-Mihiel Salient, one of the first solo offensives by the United States in the war, was part of a plan by General Pershing to break through the German lines and capture the fortified city of Metz, relieving a threat of a German approach to Paris. The attack caught the Germans as they were retreating, and the battle was one of the most important and successful American campaigns in World War I. Meet with a Saint-Mihiel official to gain an understanding of what it was like to live through these great battles at the Apremont la Forêt war trenches. At the majestic Montsec American Monument, view a bronze relief map illustrating the military operations that took place here. Return to Verdun for an evening at leisure.

Today, you’ll return west along the Marne to visit the Musée de la Grande Guerre at Meaux, whose extensive exhibits will provide a unifying perspective on all that you have seen and experienced. Intended to put the Great War into historical and cultural contexts, the museum includes exhibits on the technological developments in such areas as artillery, camouflage, communications and equipment, including the use of chemical weapons, previously deemed too horrible to bring to action.

Continue to Paris and visit the Lafayette Escadrille Memorial, commemorating the American expatriates who served with French forces before the United States officially entered the war. This oft-forgotten site highlights the story of these volunteers — America’s first combat pilots — who flew for France from April 1916 through the end of the war. This evening, gather for a farewell dinner.

Spend your last few hours enjoying the city, then head to the airport for your individual flights home.

The newly renovated Hotel Ariane is the only four star hotel in Ypres. Located within walking distance of the historic city-center, it offers a tranquil retreat with its quiet rooms and water-garden terrace. Known for its superb customer-service, it has been voted by guests as the “Best Hotel in Belgium.”  Be sure not to miss the in-house museum and gift shop.

The Hotel Jardins du Mess is a 40 room luxury boutique hotel at the heart of Verdun. The hotel is beautifully set on the river Meuse, has a restaurant, bar, spa and arboretum. The hotel opened the summer of 2016 and was hewn out of a beautiful building which was the former French officers’ quarters in Verdun.  Wi-Fi is complimentary throughout the guest rooms and hotel.

Les Jardins du Marais is named after the historic Marais district where the hotel is located. The rooms surround a private garden terrace, which offers guests an exceptionally peaceful environment in the center of Paris. Enjoy contemporary French cuisine at the restaurant or unwind at the spa and fitness center.